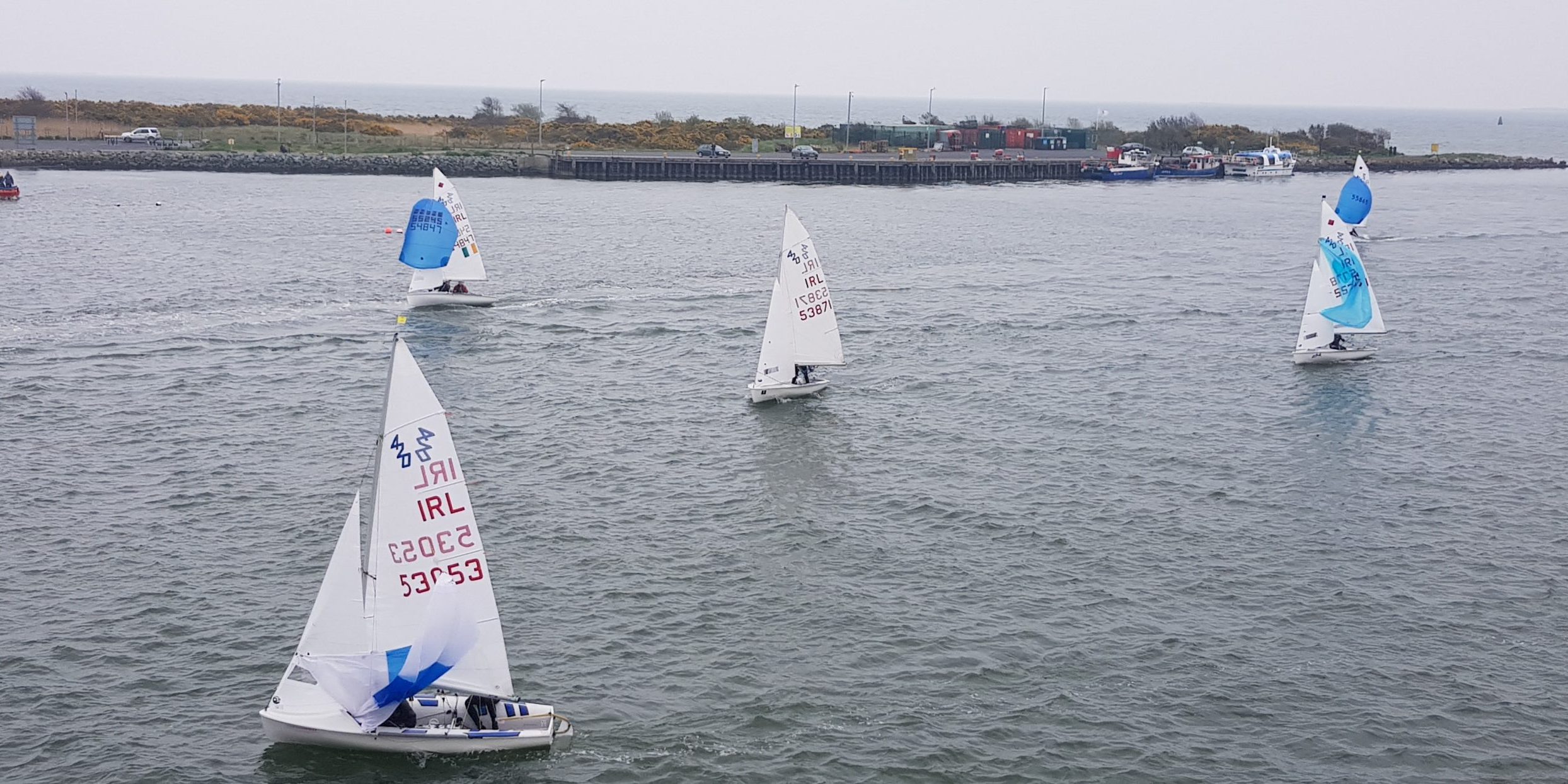 The sunny south east delivered a fabulous weekends racing for the 2019 420 Leinster Championships held at Wexford Harbour Boat and Tennis Club. Whilst the forecast for Saturday was pessimistic with regards to the likely wind strength the race management team managed to deliver two quality races in a breeze of up to 7 knots before wrapping it up for the day as the wind died in the early afternoon. Graf and Farrell proved to be the masters of the lighter winds and they led the fleet at the end of day 1.

The change in the hour on Sunday morning combined with an early first gun at 09:25 meant that sailors hit the race course in a building breeze that provided excellent racing with gusts up to 20 knots. Four races were scheduled for the day and the race management team were able to set big courses that allowed  for extremely competitive racing with the top positions in the fleet changing throughout the races. Several races were tight with opportunities for a number of boats to take victory in individual races. In the end the winning crew should a strong determination to win, to battle it out in every single race, to move on from the lows and take opportunities when they arose so that no matter what position they were in during the race they were in the one that counted at the finish line. Lucy Kane and Emma Gallagher took the title with four race wins on the second day of the event ahead of Morgan Lyttle and Patrick Whyte in second and Ben Graf with Alexander Farrell in third.

The 420 Association thanked Wexford Harbour Boat and Tennis club for both their excellent race management that provided top class racing and their hospitality.