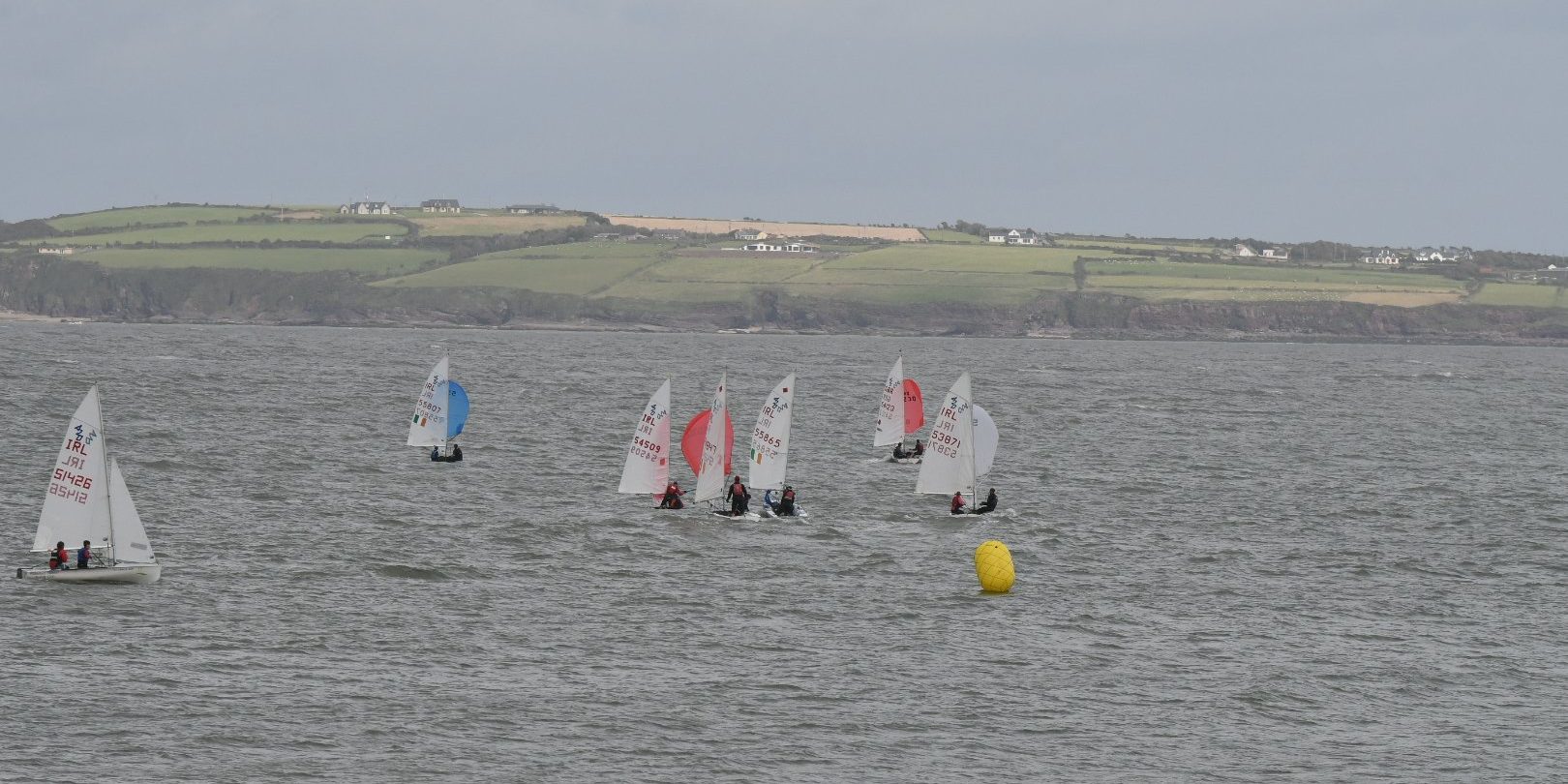 The Irish 420 Sailing Championships for 2020 were hosted by Waterford Harbour Sailing Club in Dunmore East last weekend with sponsorship by McConnell’s Toyota Waterford. Storm Ellen provided lively weather conditions on Friday with the Race Officer Michael Tyrrell not having to dwell too long on the decision to cancel racing for the day.

Saturday dawned with a very strong breeze and a swell in excess of four meters at times. And whilst many of the sailors may have been salivating in expectation of surfing the waves, the practicalities of trying to get marks and the committee boat to remain in one place long enough to hold a race, plus providing safety for a full fleet on the water led to a decision to cancel racing during the afternoon.

Sunday provided a moderation in both the breeze strength and wave heights. But with wind speeds of 15-22knots and a swell of two meters, there was plenty to entertain in the four races run. The conditions provided a stern test for this, the first competitive event of the year, and sailors pushed their boats hard with the occasional gear failure forcing some retirements. The committee boat did not escape without incident either as it parted company with its anchor after the second race leading to short delay in proceedings.

The Graf/Farrell combination excelled in the lively conditions with excellent upwind speed in particular that provided them with a convincing win in the first race. And whilst the next 3 races were much closer affairs the pair took 4 bullets in total to take the 2020 title and the gold medal. The remaining podium positions were hotly contested with the new Leech/Paul combination in the silver fleet pushing McDowell/Thompson hard for the silver medal position and in the end settling for third position overall and the bronze medal. Another silver fleet new combination of Hauer/Micka took fourth place and they were followed by the first ladies team of Irwin/Cure in fifth. The local team of Passberger/Maree finished sixth in their first competitive 420 event.

The race committee and all the volunteers at Waterford Harbour Sailing Club worked hard to manage both the difficult conditions of Storm Ellen and its aftermath, as well as Covid19 procedures. The sunny south eastern weather assisted greatly in keeping faces smiling throughout the weekend. Sailors were able to head home exhausted, but happy after over seven hours at sea. They now look forward to the Connaught Championships to be held at Lough Ree Yacht Club next weekend as part of the Double Ree Regatta where waves are guaranteed to be smaller.

The fleet placings were as follows: 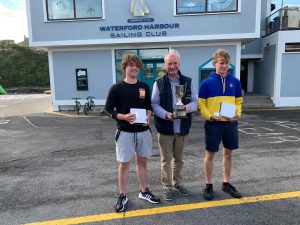 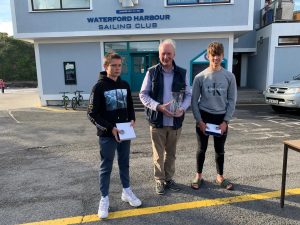 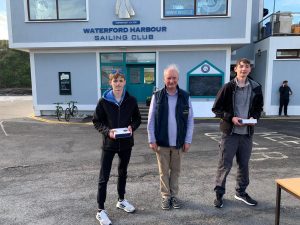 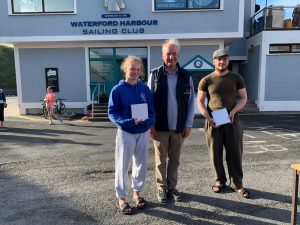 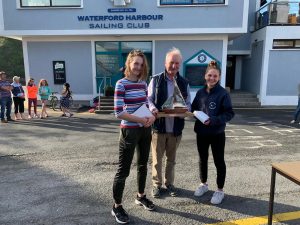 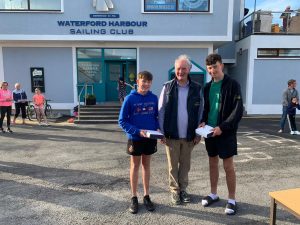