You are here:
2022National ChampionshipNews 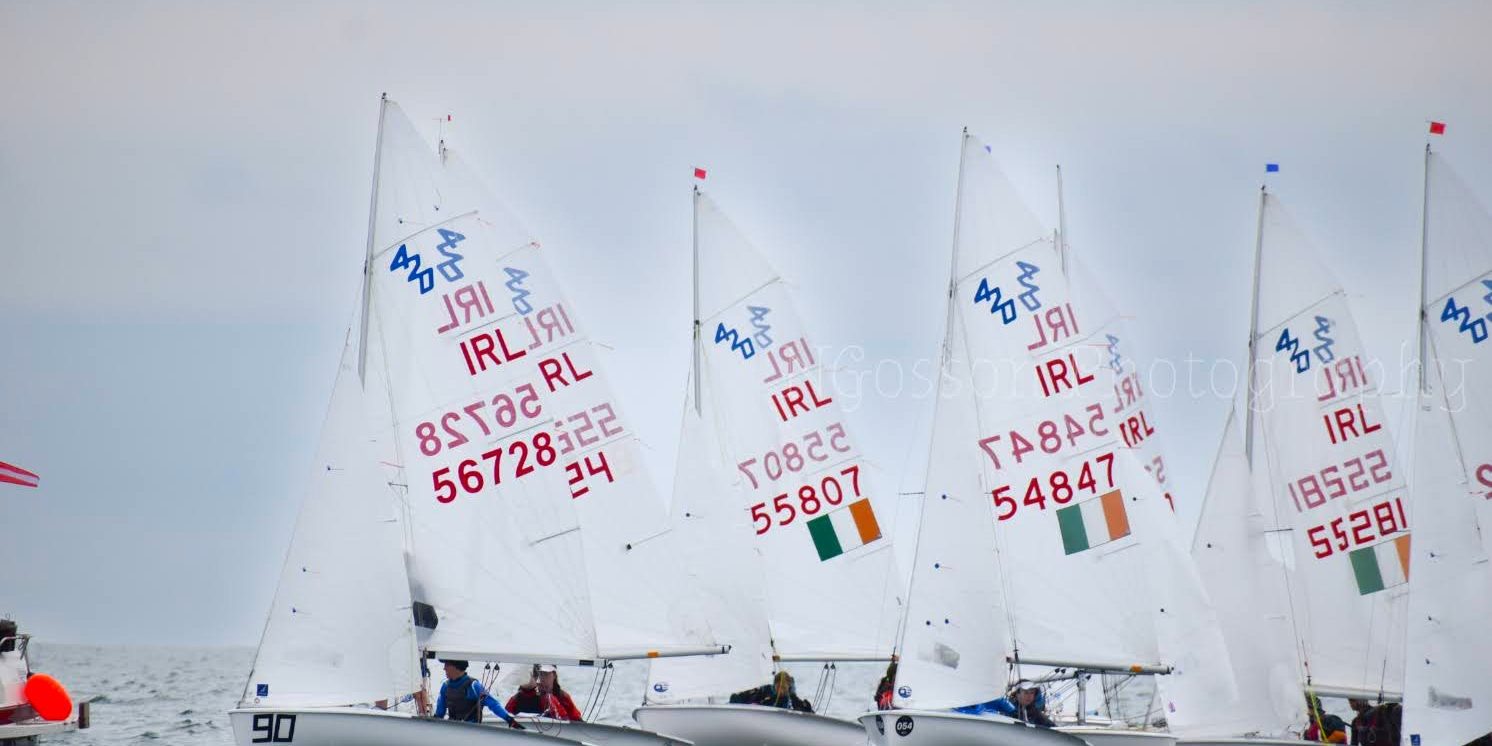 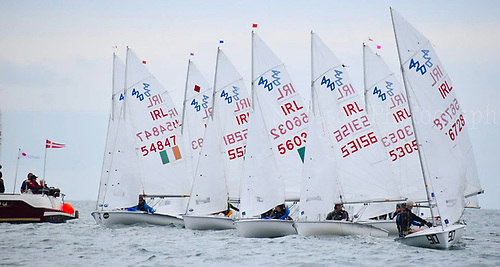 A start at the 420 Nationals at Rush in County Dublin Credit: N.Gosson via Rush SC/Facebook

Galway Bay Sailing Club’s Adam McGrady and Alistair O’Sullivan were the winners by a margin of 11 points of the 420 National Championships at Rush Sailing Club in County Dublin at the weekend.

Rush also hosted the two-day pre-event training led by Graeme Grant. This was the first visit by the 420s to the north Fingal club and the sailing area between the mouth of the Rogerstown Estuary and Lambay Island, a location that is a hidden gem to visit in the late summer summer sunshine.

Although the wind forecast was for light winds over the three-day event, the full programme of races was achieved under the expert eye of race officer Harry Gallagher assisted by Liam Dineen. Such was the concern about the winds for the weekend that four races were run on the Friday. But on Saturday after a short delay on shore the clear blue skies delivered a steady easterly wind to allow three races to be completed leaving just two races for the Sunday.

The light breeze and strong tides provided plenty of challenges on the race course and there were five different race winners over the nine race series. But the consistency of the Galway Bay Sailing Club pairing of McGrady and O’Sullivan delivered them the 2022 national championships. Whilst other crews were chalking up single race wins the Galway pair collected a total of five races wins and maintained low scores in each of the other races to end up with a comfortable buffer to the remainder of the fleet in the final standings.

The second and third place podium places were not decided until the last race. Four boats were homing in on these places and swapping positions over the three days series. In the final shakedown a total of three points divided these four boats with a race win in the last race lifting the Malahide pairing of Campion/Soffe into third place overall (also the top all girls boat), a second place in the last two races also lifted the McDowell/Sweetman combination into second place overall. The silver fleet was won by the new pairing Cora McNaughton (Blessington Sailing Club) and Mark Greer (Sligo Yacht Club).

The 420 Nationals are traditionally the last event prior to sailors returning to school or college. And as we head towards the end of the third quarter of the year the class has had over 30 different boats and 75 sailors taking part in the regional events and open class training. The busy season will continue with the Ulster Championships on the 1st and 2nd October at Malahide Yacht Club with the traditional half term training also progressing at the end of October.

The three day event concluded on Sunday with a further two races in light winds.

Nine races were sailed in total.