You are here:
2022Munster ChampionshipsNews 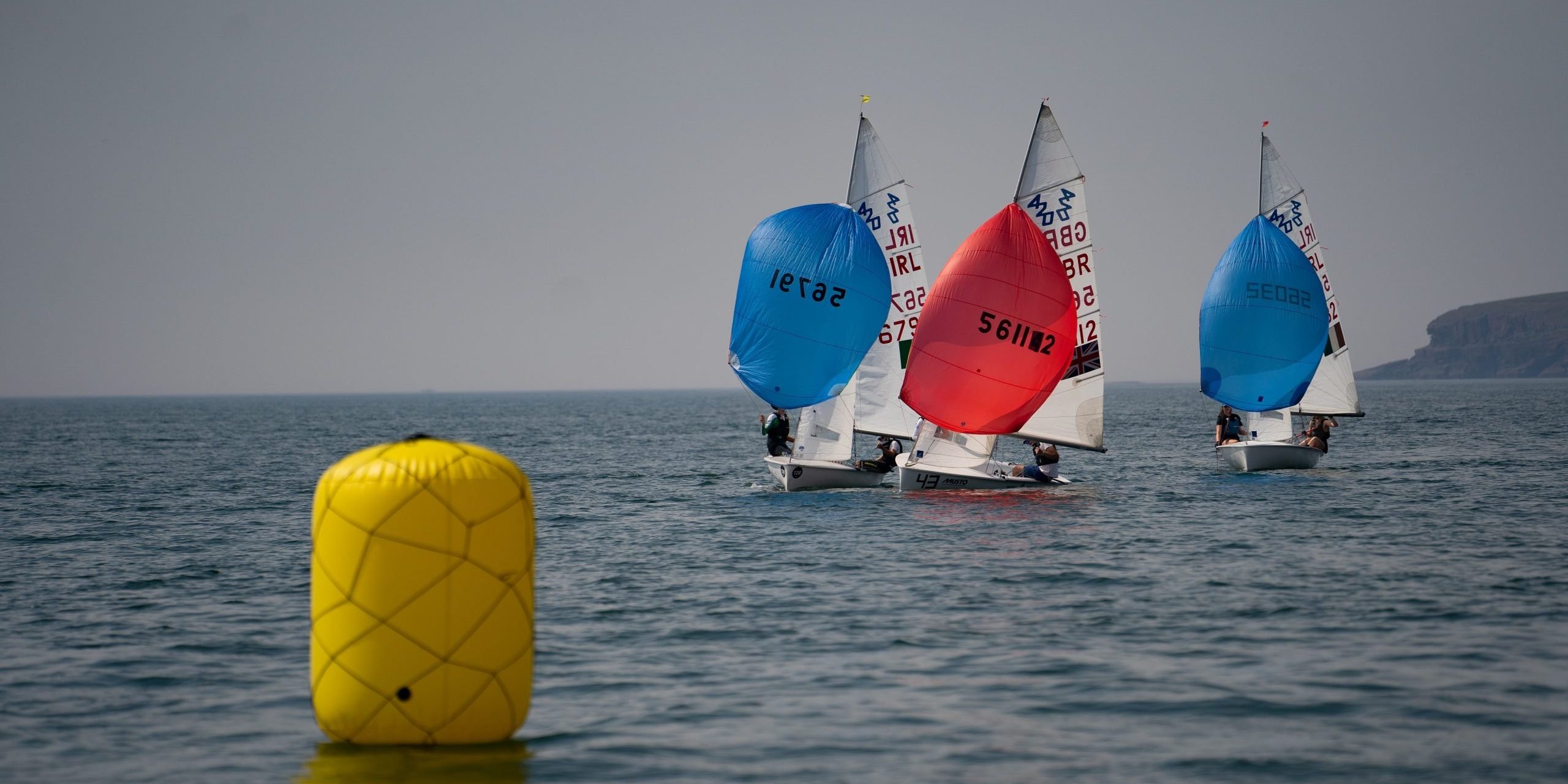 In the 420 class sixteen boats took to the water in a diverse field that included young sailors from
Blessington, Galway Bay, Howth, Kinsale, Lough Ree, Malahide, Sligo and of course the hosts,
Waterford Harbour Sailing Club. Three races were run off on Saturday in light to moderate winds. It
was a lively day’s racing, in a competitive field with plenty of close-quarters work around the marks.
On Sunday, however, there were only fitful light breezes with frequent lulls. But Race Officer
Michael Conway (Wexford) kept steadfastly to his station and after a long wait sounded the horn for
two more races to complete the series, in both the 420 and Flying Fifteen classes.

In 420 Gold Fleet the laurels went to Adam McGrady and Alastair O’Sullivan (Galway Bay) in first
place; with Jack McNaughton and Keelan Darby (Blessington, Howth) in second; and in third place a
family team of Tom Mapplebeck with his young son Matt (Kinsale)—one a veteran international
competitor and the other a newcomer to 420 sailing. 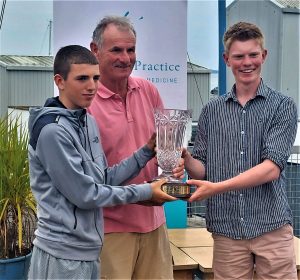 Adam McGrady and Alastair O’Sullivan were first in 420 Gold Fleet. 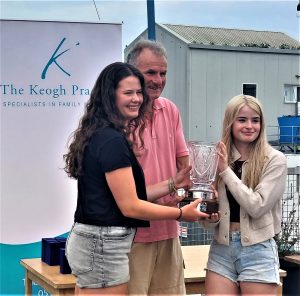 Abigail Johnston and Chloe Murphy were first in 420 Silver Fleet.