You are here:
2022Connacht ChampionshipsNews 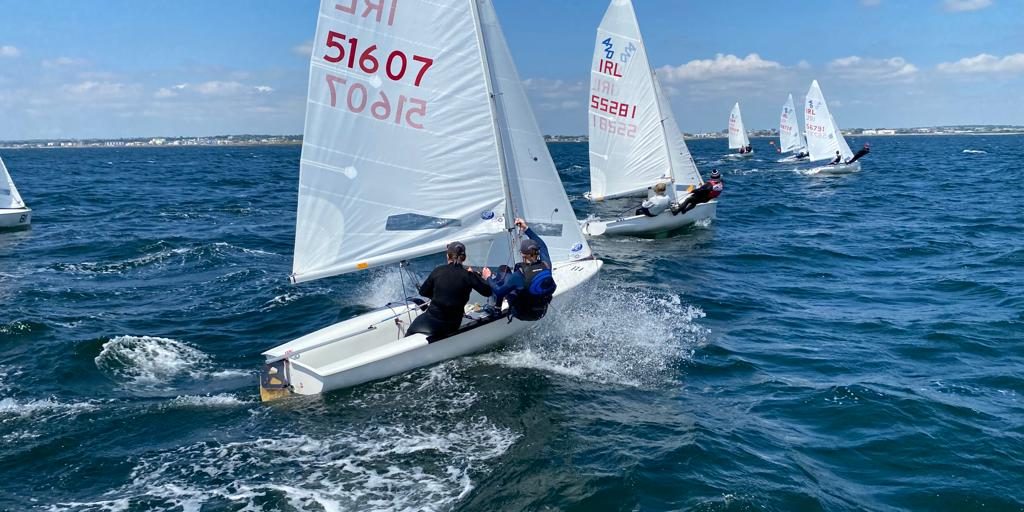 The 420 Connaught Championship was held on a sunny and windy Galway Bay on 4th and 5th June 2022.  A respectable fleet of 12 boats gathered in Galway Bay Sailing Club, notwithstanding the imminent Leaving and Junior certificate exams.   Race officer Margo Cronin and her team delivered some very enjoyable and close racing.

The conditions on Saturday were perfect, sun and a steady 18-20 knot breeze in which the 420 dinghy excels. The local pairing of Adam McGrady and Ali O Sullivan (GBSC) did not have it all their own way and led by a single point from Max Sweetman and Harry Thompson (WHBTC) after 3 races.

Sunday dawned with a steady 10-12 knot breeze which allowed for a great display of skills from sailors at all levels. However McGrady and O Sullivan were not allowing the trophy east of the Shannon and with three bullets secured the championship from Sweetman and Thompson in second with Kate Campion and Amelie Soffe (MYC) finishing strongly to take third from the eventual Silver fleet winners Sean Lemonier and Killian Mathieu (GBSC) who were competing in their first 420 regatta.

The next regatta will be the Double Ree on 16th and 17 July in Lough Ree Yacht Club. Sailors are also reminded that Graeme Grant will lead a 3 day coaching clinic in LRYC from 20th to 22nd June.