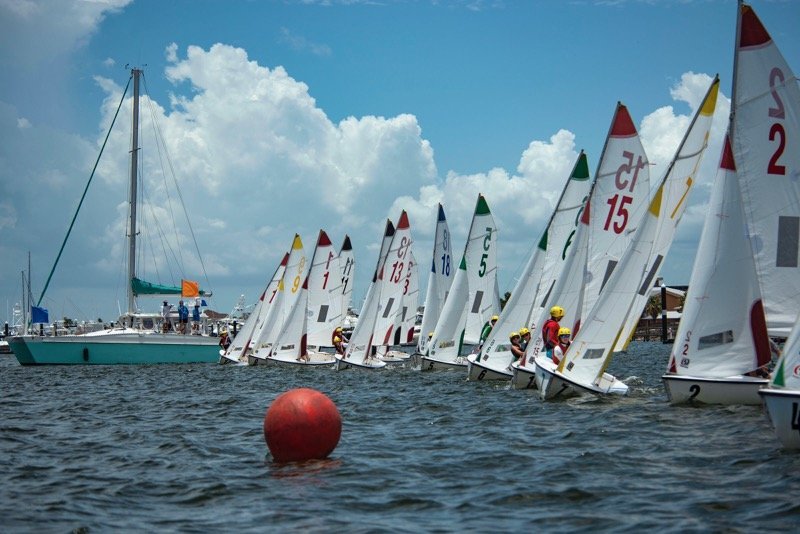 Skipper Rob Talbot and crew Cathal Mahon are members of the Port of Galway Sea Scouts (24) of Galway and they were accompanied by CIaran Jordan ( also ex 420 sailor) to compete in the 4 day event sailed in light and shifty conditions.

The boys qualified for the Koch Cup fleet (Gold fleet) by finishing second in their qualifying group behind an Australian boat and headed in the final day of racing with only a few points separating the top 10 teams , making for a thrilling finale. Out of a fleet of 32 teams the silors acquitted themselves  well and finished in 6th place overall. The event was won by an American crew who won the solid silver trophy which gives the Americas Cup Trophy a run for its money in terms of size and value. 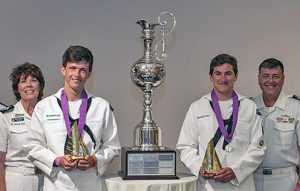 The winning team with the Koch Cup 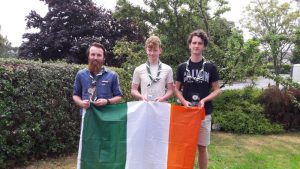 The sailors and coach