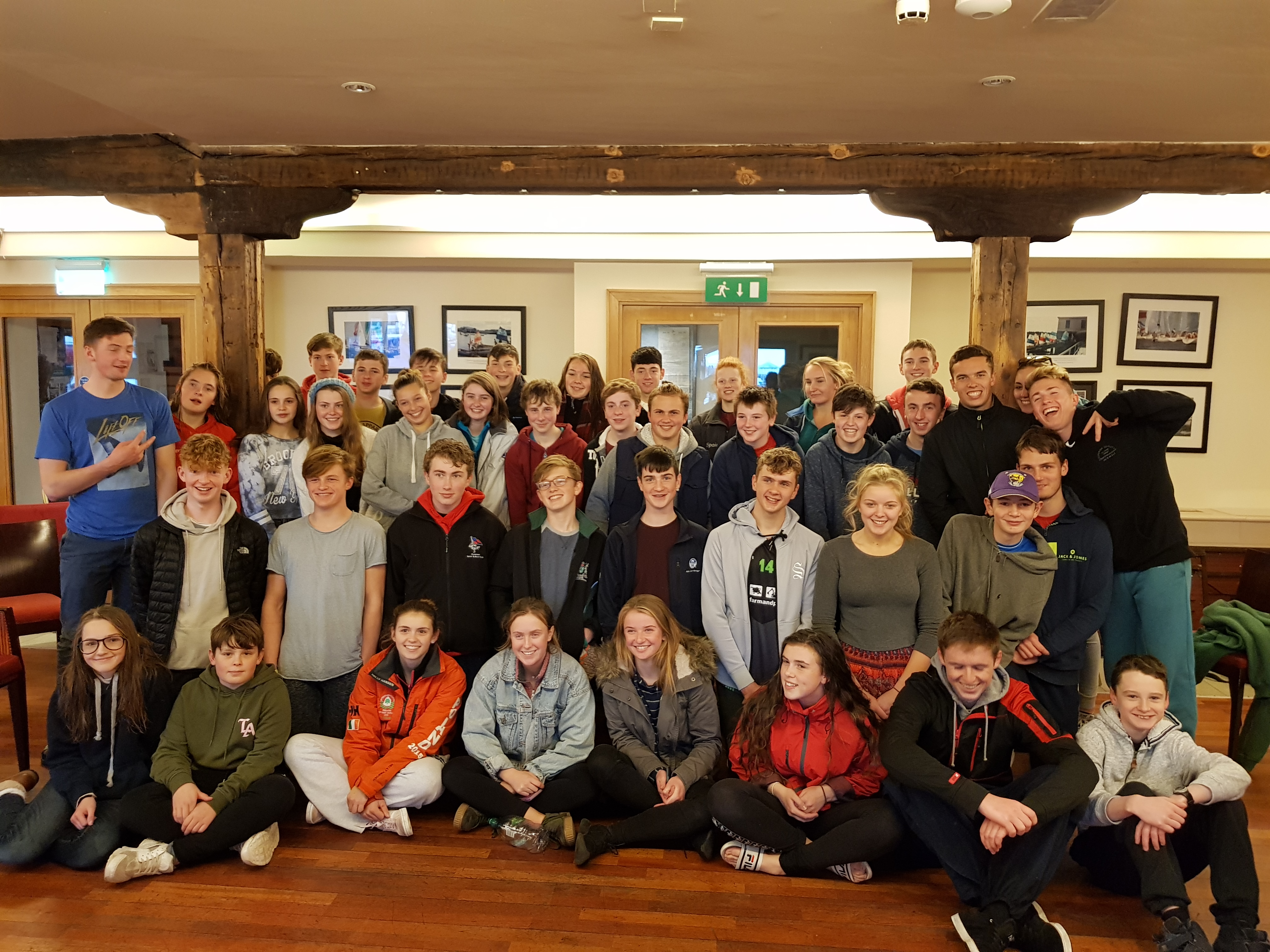 The Open 420 Training weekend hosted by the National Yacht Club over the weekend provided the sailors with the maximum range of sailing conditions possible for 420 sailing, from 3-30 knots. Saturday started with winds of 15 knots and gusts up to 30 knots with the wind speeds gradually reducing to close to zero by Monday afternoon.

This was the first Open Training session heading into the winter months and 22 boats registered from 13 separate clubs, Ballyhome in the north, Spiddal and Galway Bay in the west, Royal Cork in the south, Lough Ree and Mullingar in the midlands, and Malahide, Howth, Wexford Harbour, Greystones, Clontarf, The National Yacht Club and the Royal St. George on the east coast. The training was led by Graham Grant and he was supported by a number of ex 420 Youth Academy sailors with European and World Championships experience, Adam Hyland, Cara Mc Dowell, Dougie Elmes and Sean Waddilove.

Although two of the 420 Academy boats were away in France for a regatta in La Rochelle the Open Training provided an opportunity for the many new 420 crews to experience training in a larger group and to meet some of the more experienced 420 crews in Ireland.